Where are the best quarters in Cologne?

Cologne has 86 Veedel meaning quarters in Kölsch – one of the oldest German dialects. In the following we will present you some examples of out favourite Cologne quarters that are a great holiday destination. 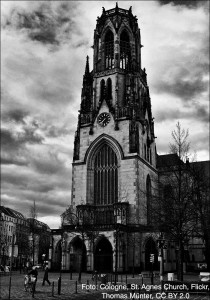 For all those that love medieval architecture, this quarter holds the second largest Neo-Gothic church in Cologne, which was commissioned by entrepreneur Peter Joseph Roeckerath as a final resting place for his beloved wife Agnes. The church has gone through a few renovations since its destruction during the Second World War, and again in 1980 when the roof of the church burnt down. 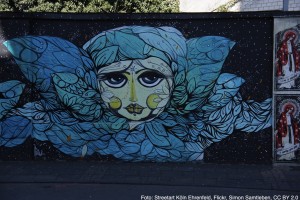 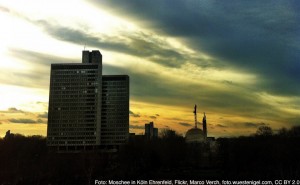 This quarter is definitely a must visit, because it is a very colorful and multicultural city with modern restaurants, eateries, and boutiques. It also has the most numbers in cafes that serve very high-quality coffee that is sure to sort out any caffeine craving. This beautiful city has seen most of its houses transformed into unique works of art which make exploring it very exciting. 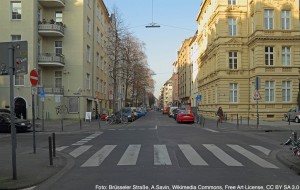 This is an inner city district and definitely one of the trendiest neighborhoods in Cologne.  Yet it still maintains its unique charm and character. It is a good place to meet and make friends as much of the gay culture and pride festivities centers around it.

You can also find unique and fashion friendly boutiques around Brüssler Platz that sell various European brands. It is fairly easy to make your way around this city, because the main railway station is a short tram ride away or a 20 minute walk which is highly recommended.

This district is very popular with tourists and especially the students because of the budget friendly pubs and restaurant that have long opening hours for everyone that enjoys the warm weather and the night time life. An evening is not complete without a taste of the local beer Kölsch and a sampling of various cuisines available such as Italian and Mediterranean delicacies such as falafel. 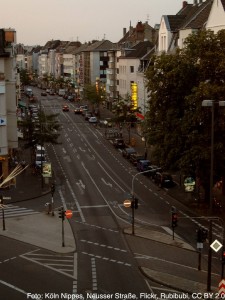 This is the fifth city district of Cologne with a population of about 33,000 inhabitants. It is served by numerous railway stations, highways and light rail system that covers the city of cologne and provides a great way of sightseeing. Nippes has a lot to offer in terms of modern spacious accommodation, a host of fancy pubs and restaurants right in the middle of the city for your convenience. 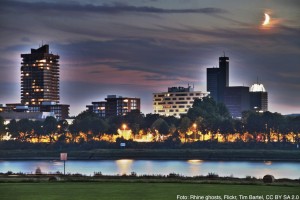 This quarter was first established as a military camp by the roman emperor Constantine and was later used as a medieval Germany learning center during the middle ages. Modern day Deutz serves as a transportation hub and business center where you can find a number of municipal and regional government offices.

It is also home to German artist August Lemmer.

If you are a fan of sports, then this is the district to visit. It is located in the west of Cologne in the town of Lindenthal. It is home to the largest sports club in Cologne and fourth largest in Germany known as 1.FC Cologne – Football Club Sports. The German Sports School is also located in this quarter.

With a population of around 35,000 in an area of about 51.7km, this city is known as the “hip quarter” of Cologne with a large selection of shops, pubs, and restaurants. It is also known to have the largest residential building at the Uni Center.

There are numerous green areas that attract joggers and it is an ideal place for family picnics and gatherings.

This is the academically rich city district of Cologne and holds various universities such as the German Sports University, which is the largest sports university in Europe with a population of around 6,000 students. An aerial view of this quarter reveals an urbanized city with a lot to offer. A popular annual market marks an important cultural event and it attracts outside interests in international artists too.

The Severin Bridge is in this Quarter was opened in 1959 and makes the first complete bridge that crosses the river, Rhine. On it, you have a good view of the Chocolate Museum, the Cologne Cathedral, and Gross St. Martin plus many more attraction sites of the district. There are typical Kölsch pubs available where you can meet and socialize with the friendly locals.

The beautiful St. Severins Church, which was built in the 14th century is a must visit as it still holds some original features such as its medieval floorings, original altar and choir seating and Gothic glass paintings. 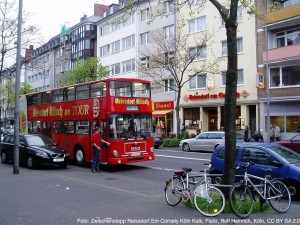 This is the eighth district of Cologne that was formed in 1975. It is home to Japanische Schule, a Japanese weekend school that was founded in 2009. Transportation is fairly easy as the district is served by numerous light-rail ways, train stations, and highways.

Whether you are simply exploring the city or on a business trip, Cologne is a city that caters for every type of traveler from all over the world. There are large and comfortable conference locations that have outstanding infrastructure that meets every business meetings and trade fair needs.

There are a whole lot of cool places to travel within the Cologne Quarters. This travel adventure will be educational, as it will teach you all about its economy, politics, history, and geography in a more hands-on approach that will give you cool stories to tell and photos to show to your friends and family. It will also be a great way for you to meet and make lasting friendships outside your hometown circle of friends.

This sightseeing trip to Cologne Quarters will give you a sense of accomplishment most people only dream of. So escape from the hustle and bustles of your daily life and book this amazing trip of a lifetime.